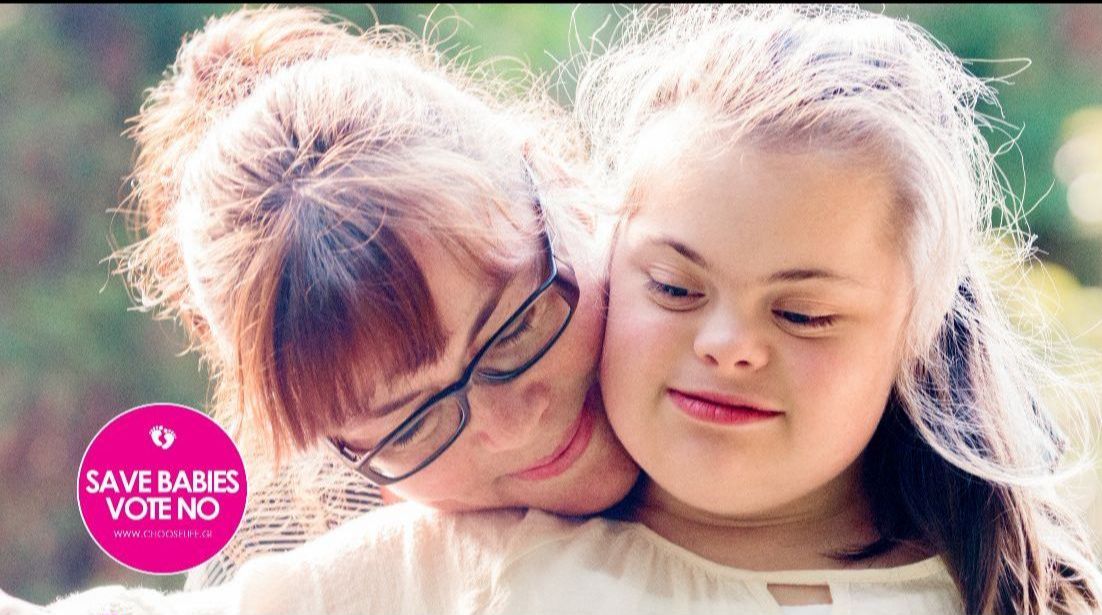 The Save Babies, Vote NO Campaign hosted another online event this evening to highlight in particular the inequalities that are caused by abortion legislation.

The event ‘Abortion Causes Discrimination’ featured people with Down Syndrome, their families and others who wished to shine a spotlight on the fact that abortion laws all over the world have resulted in discrimination against babies with disablities capable of being diagnosed in the womb and pressure being placed on parents to opt for abortion in these situations.

Heidi Crowter, a young woman with Down Syndrome who is part of a legal challenge to the British Government against the disciminatory nature of abortion law featured on the programme alongside her mother Liz.  Martin McBreen, an Irish father of a little girl with Down Syndrome told interviewer Stephanie Yeo how he and his wife were pressurised to have an abortion, withstood that pressure and said his little girl Grace is now  ‘an amazing little girl and an amazing addtion to her family and her community’

“The information we have received this evening highlights one of the biggest inequalities of our time. It’s so essential that before we vote on 24th June, we look to the experience of other countries where the statistics show that babies with disabilities diagnosed in the womb are first in line to be targeted for abortion.  It’s time to talk about the reality of the discrimination that abortion introduces.

“Of course abortion already discriminates against the littlest and most fragile among us – unborn babies – but the fact is that it further discriminates against unborn babies diagnosed with disabilities in the womb.  In Britain, 9 out of 10 babies who are diagnosed with Down Syndrome in the womb are aborted and the law also permits abortions to happen on the grounds of other conditions, for example spina bifida and even for minor conditions like cleft lip or palate.”*

Local mums Annette Zammit and Jane Payas shared how their sons Charles and Nicholas who have Down Syndrome have brought so much joy to their lives and to the Gibraltar community.  Other local Gibraltarians featured throughout the event.

“In an age of inclusivity and equality, how can we countenance the targeting of children with special needs before birth? Voting for abortion could change attitudes towards disability. Here in Gibraltar, we are a community who cherishes everyone equally.

She encouraged everyone who missed the event to watch it back on the GPLM Facebook page here  and to inform themselves on this issue before voting on 24th June.