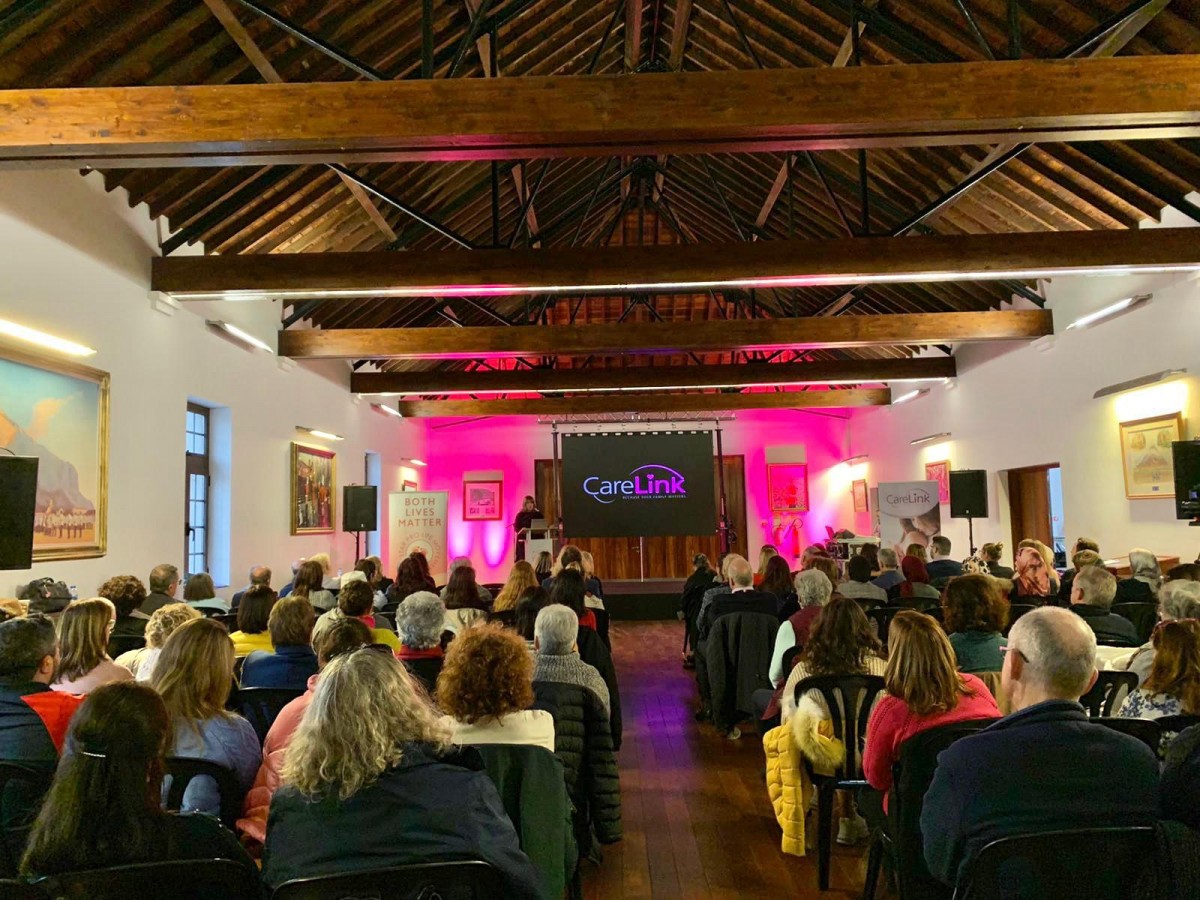 The Gibraltar Pro Life Movement Committee and team were delighted to welcome a capacity crowd to their inaugural conference which was held this evening in Grand Battery.

The conference entitled ‘Creating a Village’ – Supporting Mother and Baby featured a host of speakers from Gibraltar and further afield.

Speaking after the event chairperson of GPLM, Patricia Parody said:

“We were thrilled with the response to this inaugural conference.  It is clear from the momentum and the energy in the room this evening that there are so many people incredibly motivated to look after both mother and baby in Gibraltar. We look forward to more and more people getting involved in our movement.”

Addressing attendees, keynote speaker Baroness Nuala O’Loan, a lawyer by profession, reaffirmed that there is no obligation on the government of Gibraltar to introduce abortion based on the 2018 Supreme Court judgement in England and Wales.

Commenting on the fact that there is no right to an abortion under the European Convention on Human Rights, she said:

“How has it come to pass that international agreements designed after the Second World War to protect people from genocide, torture and inhuman and degrading treatment are now used in an attempt to force governments to permit the slaughter of unborn children across the world?”

She urged the people of Gibraltar and GPLM to do their utmost to protect the right to life of their unborn children saying:

“Each life is worth fighting for.  We must fight using all the skills, competences and abilities here in this room and those of all the people you can encourage to join you, we must fight with the language of love – not attacking, not denigrating, always positive, so that we can persuade the people of Gibraltar to recognise and reaffirm the value of each human being with all the imperfections, some obvious, some less obvious, which are part of our human condition.”

“Let Gibraltar continue to be a place in which life matters”, Baroness O’Loan concluded

Stephane Yeo of GPLM’s CareLink programme also addressed the conference and outlined the important work that CareLink are involved in with new mothers and vulnerable families locally in Gibraltar.  She appealed to attendees to get involved in the practical work in assisting Gilbratarian families.

Irish lawyer Caroline Simons presented to the attendees and outlined some of the unintended consequences of the change in the law in Ireland including a high-profile case where a couple aborted a health baby due to a misdiagnosis of life limiting conditions.  She said that the push for abortion in Ireland and worldwide was in contradiction to medical evidence and good practice. She challenged the constant refrain from abortion advocates that abortion is healthcare saying:

“Despite the spin of abortion advocates to the contrary, the real reason our Irish law was changed was to facilitate the killing of unborn babies under the guise of medical necessity and in total contradiction of the actual evidence. Without abortion, the excellence of our maternal care by international standards was
acknowledged by international bodies such as the WHO and UN over many decades.”

Geraldine Finlayson gave a very informative presentation on the development and the humanity of the unborn child from it’s earliest stages and Dr. Calum Miller of Oxford (by video link) outlined how abortion in Britain has become so culterally acceptable that in some cases so-called choice is removed and women feel for various reasons that they have no option but abortion.

‘In my years of practice, it has been my great pleasure to assist thousands of mothers and babies. I have seen, and continue to see, every type of birth in every type of situation. The sheer wonder of human life from its very beginning humbles and amazes me every single day.”

She outlined the two patient model and how the profession of obstetrics sees every pregnancy as involving not one patient but two -the mother and the unborn child “acknowledging that as medical professionals, we have an ethical and professional
responsibility of best care towards the lives and health of both patients.”

“Pregnancy is unique in that respect, since it is the only scenario where a doctor has a simultaneous duty to two patients. These are the basic precepts of my life as a medical professional and indeed all doctors everywhere. The introduction of abortion effectively destroys this foundational principle.”.

She clarified that “no law, in Gibraltar or anywhere else, has ever prevented a doctor from intervening to save a mother’s life.”

Lastly, a video message from new Patron of GPLM Lord David Alton was broadcast as well as a video launching Gibraltar’s March For Life to take place on 6th February.

Speaking this evening, Patricia Parody thanked all the committee of GPLM, speakers, supporters and attendees and echoed Baroness O’Loan’s words when she said each life is worth fighting for. She said: