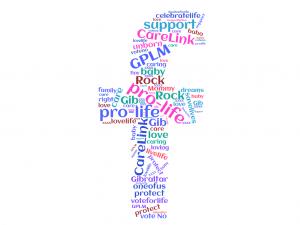 The Gibraltar Pro Life Movement, the organisation leading the campaign for a No vote in the abortion referendum on 19th March is hosting a Facebook Live event tomorrow evening at 6pm.

Following the cancellation of the planned March For Life Gibraltar this week as a result of the Covid-19 situation, GPLM decided to invite all their supporters to log on at 6pm to watch a live streamed event on the GPLM Facebook page.  The event will feature speakers from Gibraltar and further afield.

Speaking in advance of the event tomorrow evening, James Brenig of GPLM said:

“We are really excited about the Facebook Live event.  Entitled ‘Get Informed Gibraltar’, we want to bring some facts to the public about what the vote on 19th March really means. We had expected a thousand people to attend our March but since they cannot meet on the street, we invite everyone to meet online”

“The event will feature short video messages from speakers in England, Scotland and the United States as well as videos featuring locals. It will also include interactive time when viewers can pose questions. We hope many of those who haven’t yet made up their mind on this issue will also tune in.  The Campaign for a NO vote on 19th March, which would mean Gibraltar continues to protect unborn babies and support mothers, is positive, constructive and confident and we want to share as much information with the public of Gibraltar as possible.”

Viewers can tune in to the Facebook Live event here at 6pm tomorrow Thursday, 5th March.