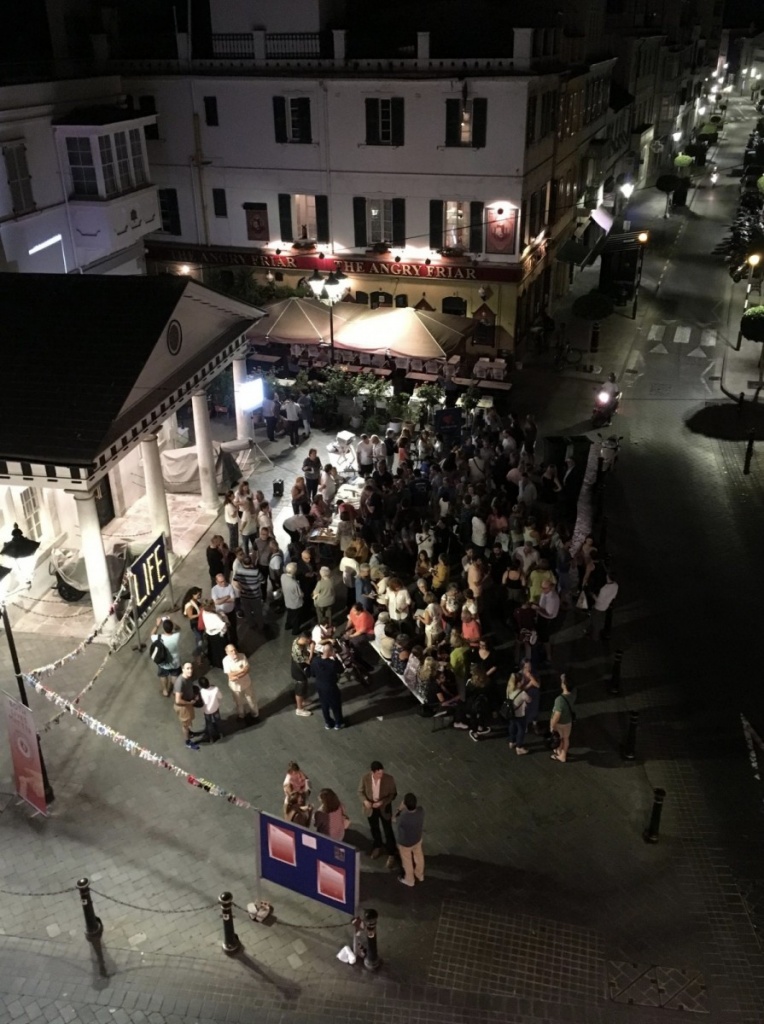 A record turnout of more than 200 concerned pro-life citizens attended the Night Watch this Wednesday the 26th of September 2018.

Pro-Life Movement’s chair person, Karenza Morillo, announced that so far over 3,500 signatures have been collected in support of the proposition that any changes in the law must recognise the pre-born’s indisputable right to life.
This proposition has very good grounding in a number of international covenants and declarations including the UN’s declaration of the rights of the child.

The number of signatories is set to increase substantially in coming weeks and represents a very sizeable proportion of the Gibraltarian electorate.

It is therefore expected that the government of Gibraltar will take this into account in any change to the current law. A commitment to recognise the right to legal protection of the unborn child is clearly a demand of a wide range of citizens.
As always the Night Watch was attended by people of all ages, religions and none and from all walks of life.
The Pro-life Movement is clearly one that will insist on being taken seriously.

A screen displaying a meter setting out the number of abortions worldwide since the 1st of January 2018 (based on WHO’s statistics) showed over 30 million terminations. The counter showed an abortion taking place almost every second and in a later release we will report on how many abortions took place during the three hours of the Night Watch.