Also welcomes letters from British and Irish politicians encouraging Gibraltar not to the make the same mistakes their countries did.

‘As we move into the last 72 hours of this campaign, it’s encouraging to see so much momentum around the NO campaign – Patricia Parody

The Save Babies, Vote NO campaign has welcomed the intervention of Keith Azopardi, Leader of the GSD into the debate today as he confirmed that he is going to Vote NO in the referendum on Thursday.  MP Damon Bossino has this afternoon also issued a statement that he will vote NO.

“I know there are so many people who have been feeling unrepresented by our politicians in the last few days and who are delighted to see this statement today from Mr. Azopardi and his parliamentary colleague Damon Bossino. We have seen such masssive grassroots support for a No vote and it is very encouraging that our politicians are speaking up as No voters too.”

The Campaign also welcomed open letters to the people of Gibraltar from Members of the UK House of Lords and Members of the Irish Parliament (Oireachtas).

In the letter from Ireland, the MPs and Senators warned Gibraltarians about making the same mistake that Ireland did. They said

“We encourage you to vote No, not just because it is the compassionate thing to do, but also in light of the experience of Ireland since our referendum in 2018.  In the space of just three years, our new abortion laws have already left a trail of destruction, with tragic consequences for the most vulnerable in society. The number of abortions in Ireland has skyrocketed since the new law came into effect on 1st January 2019 despite commitments from the Government that this would not happen.”

The House of Lords members encouraged Gibraltarians to look at the science and remarked how abortion has targeted unborn babies with disabilities in Britain.  They said:

“We encourage you to follow the latest science. And to make a decision that is both evidence-based and compassionate. Previous generations did not have a window to the womb like we have now. It is indisputable that unborn children are human beings. Their inherent dignity deserves protection. Over the last 50 years, the practice of abortion has had devastating consequences for unborn children. For unborn babies diagnosed with disabilities in particular, legalised abortion has led to lethal discrimination. Children with disabilities are routinely targeted for abortion because of their condition – in
stark contradiction of our natural desire to support them after they are born.”

‘We have all the information now.  We know for sure what the experience in other countries has been and the destruction caused by abortion to society.  We have all this information before we vote.  Let’s take every step we can in the last 72 hours of this campaign to share this information and encourage as many NO votes as possible on Thursday.” 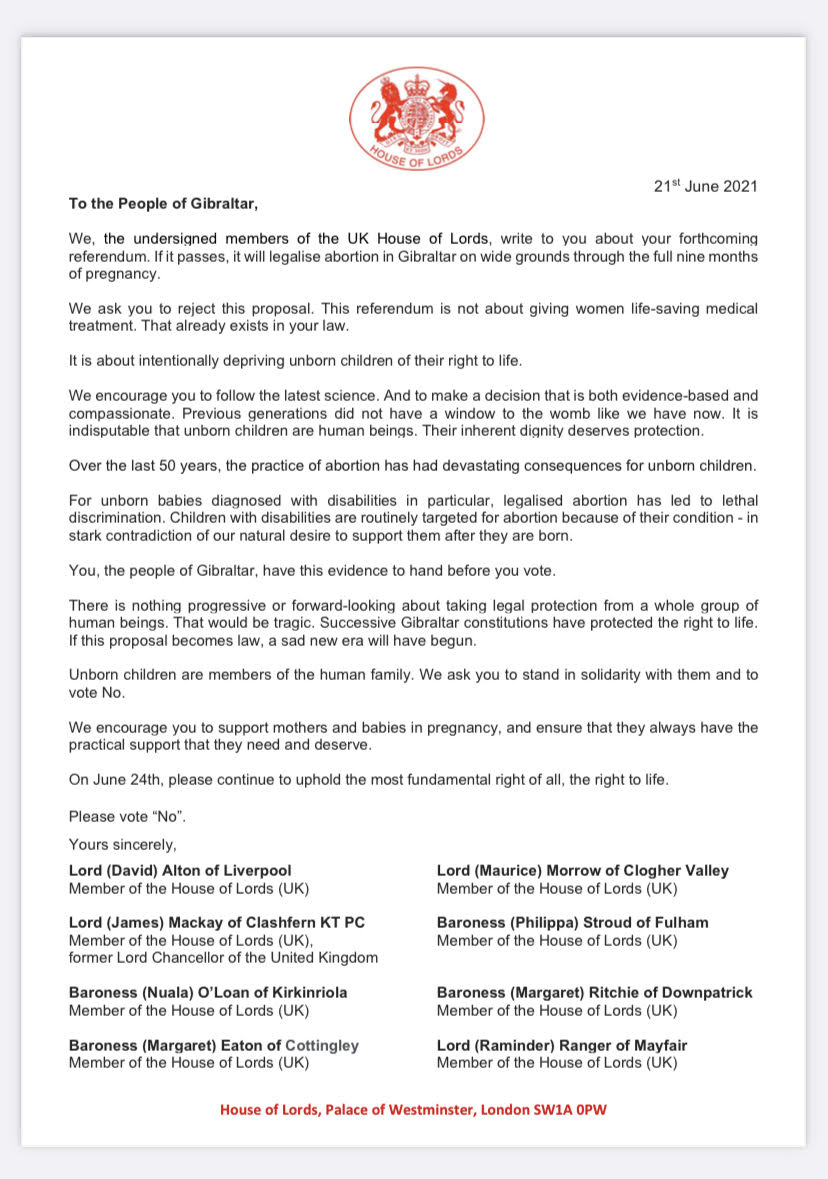 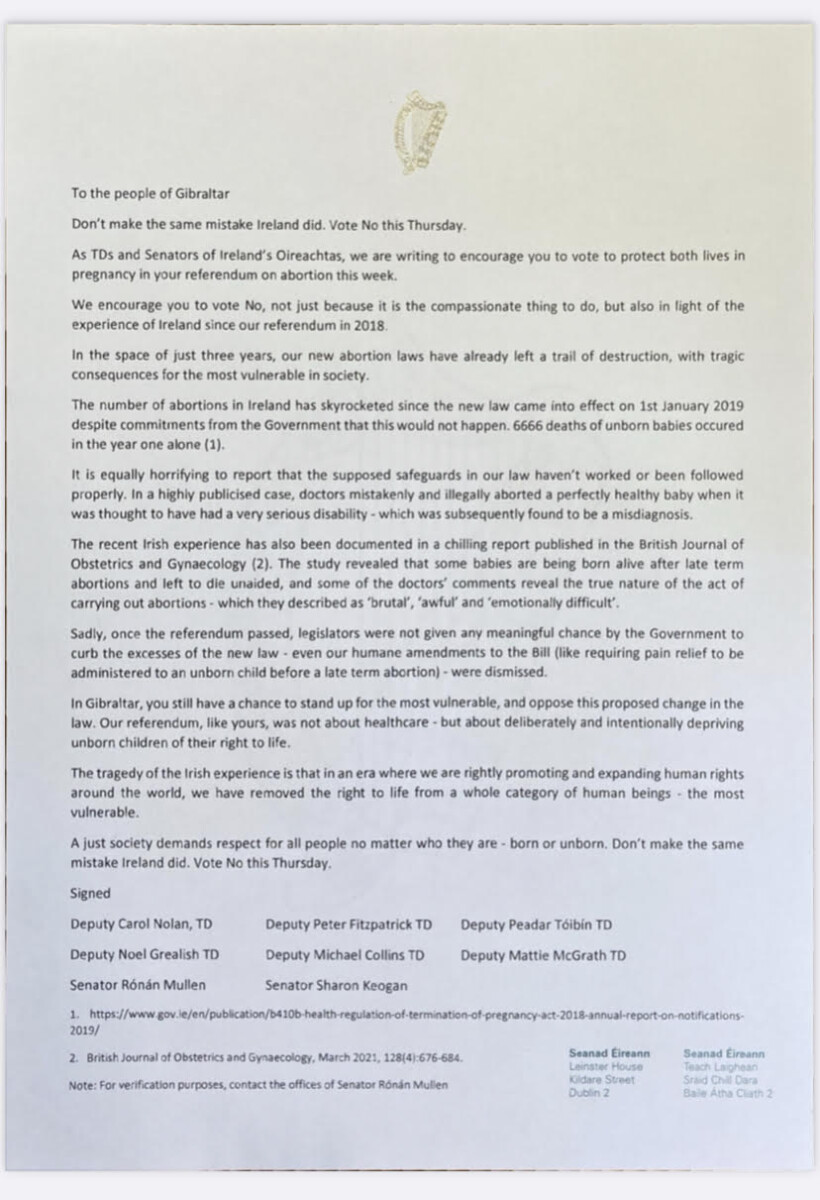